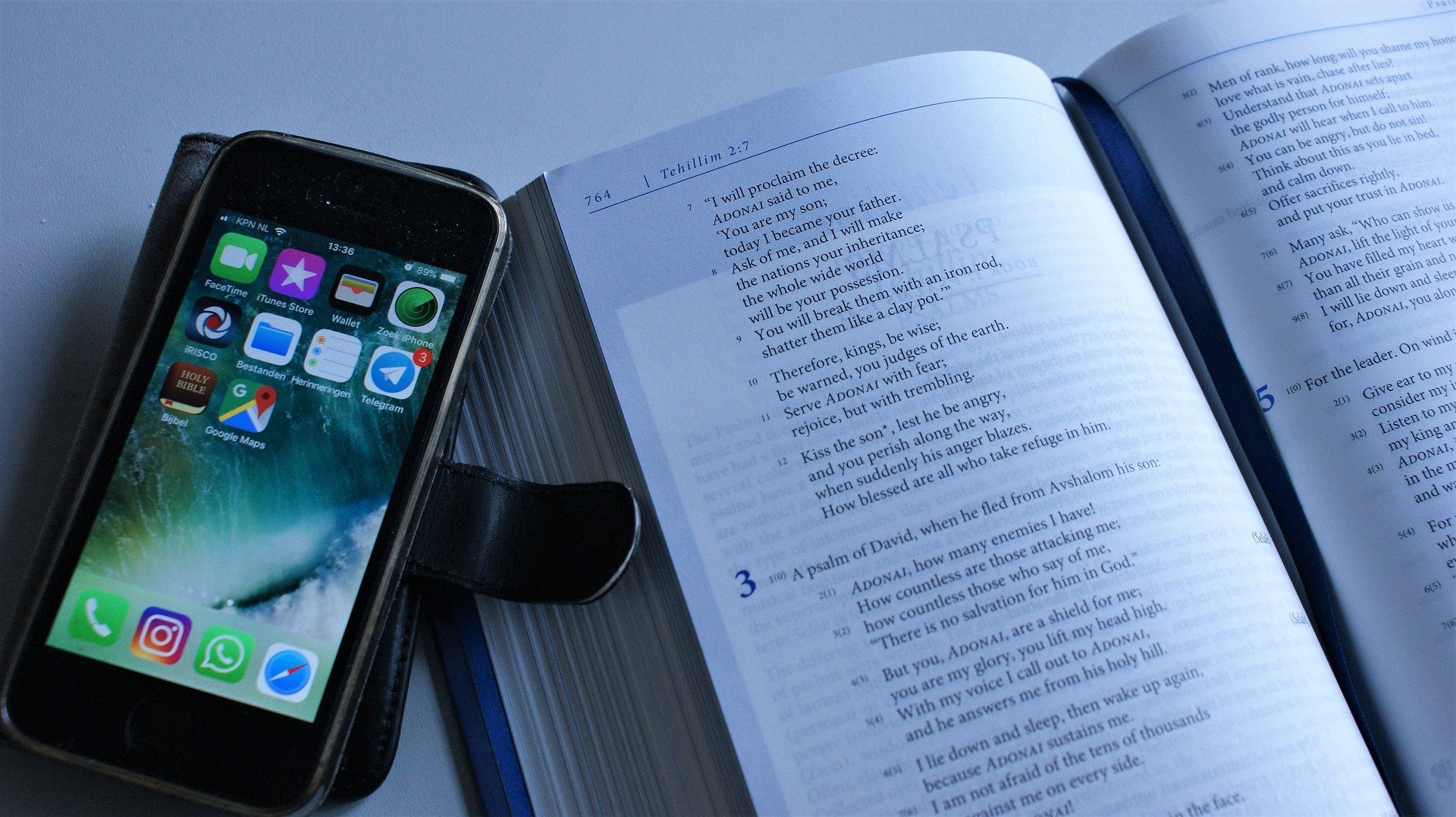 Admittedly, as the founder of New Age Christianity and co-founder of The Epoch, the idea of embracing change on a spiritual level has become rather easy for me. Asking questions, leaving sacred ideas behind, being ridiculed by friends and family for thinking differently, searching for truth in the midst of mountains of lies, disagreeing with my own thoughts from yesterday, and accepting that my own journey is just as valid as anyone else’s; these experiences have become almost a weekly occurrence for myself and those in my life who’ve chosen to walk a similar path.

For years I considered myself and my spiritual journey to be rare and abnormally dynamic, but the longer the internet stays around, the more I’m finding that there’s not a single spiritually-minded person I know who isn’t experiencing similar ‘challenges’ in their own process of becoming who they want to be. Clearly, there are varying degrees with which we are all engaging availability of answers that the internet brings us, but remains, there isn’t really a question you can ask that at least some sort of resource waiting to be found on the web.

So why do I say that the internet is ‘killing your religion’?

Reason #1: People are Realizing that Their Religion Isn’t the Only One with Truth

If you consider the major world religions and where they’ve primarily been adopted, you quickly see that religion is really nothing more than a cultural system of belief that attempts to explain ‘God’, and is largely limited by geographic and/or language barriers. Islam is mostly found in the Middle East. Christianity is mostly found in Europe and the Americas. Buddhism, Hindi, Paganism, Judaism, etc. are all found in geographic clusters in different parts of the world.

A historical examination of almost every religious system reveals that religion truly is a particular culture’s attempt to explain the ethereal reality in which all humans exist. Religions are the ‘languages’ that specific groups adopt to explain the truths that all of the groups know. And for this reason, every one of these groups has elements of the same truths that the other groups do.

While there are certainly core differences between the religions of the world, there are more similarities than humanity has historically understood. These similarities have always been there, but the advent of the internet has opened them up to the world in a way that has never been possible.

In the past, if a seeker wanted to learn about another religion, they would have to spend a great deal of time and money just to find the information, much less ‘learn’ it. Today, all one has to do is spend some time in front of their computer or talk to a friend who has spent time in front of their computer. Don’t know an answer to a question, Google it. Want to know what other perspectives exist on a particular subject, don’t worry, the internet has thousands of perspectives for you to choose from. Whatever you want to know, chances are, someone has taken the time to put it online.

All it takes is a dash of curiosity, a sprinkle of courage, and a spoonful of respect for ANYONE to find truth in a different religious tradition than the one they grew up with. Sure, there remains a lot of separation and prejudice in the religious discussion of our world these days, but it will not always be this way. As more teachers begin to share the connections they are making between different religious ideologies, more students will start to see the reality that every religion has something to offer in the way of understanding and truth. Over time, this will undoubtedly break down the walls between ideologies and amalgamate into a more unified theory of God and spirituality than the world has ever seen.

As a student of the Christian Bible, I have experienced firsthand just how powerful the internet can be in my studies. I have spent months pouring over subjects like Preterism and the End Times, and there is a very good chance that I know more about these subjects than the most intelligent scholars of the past 2000 years could ever dream of knowing. Not because I’m so smart, but because I can glean from the work of countless other scholars and teachers who have already done the intricate work of study on their own.

Not only can I know ‘more’ than past scholars could ever hope of knowing about a subject, the information I know is likely to be significantly more accurate as well. Imagine with me, if you will, that you’re a monk back in the 1500s and you want to become the world’s foremost expert on a subject. What do you think you would have to do in order to learn everything you can about that subject?

To make this point even more directly…

C.S. Lewis is widely considered by Christians to be a reliable source of thought in the Christian way of thinking. And yet, C.S. Lewis is recorded as saying the verses in Matthew, chapter 24, where Jesus predicts ‘the end of the world’, are “the most embarrassing verses in the entire Bible” because they prove that “Jesus wasn’t an accurate prophet”. In other words, Jesus predicted the end of the world within one generation, and yet, here we are over 2000 years later… Thus, Jesus was wrong.

I tend to agree that C.S. Lewis is one of the most amazing minds the world has ever known, and thus, this commentary is not about his ability to reason or think accurately. Instead, I believe this is a prime example of the value that the internet has given humanity in our ability to study any subject to a level of detail and accuracy that previous generations only dreamed of.

Had C.S. Lewis been able to ‘Google it’, he would have seen that Jesus wasn’t wrong when he predicted the end. He would have been able to glean from the language/translation studies of other scholars that show Jesus’ statement to be about the end of the ‘Jewish world’, not the ‘whole world’. He would have had access to the historical records of Josephus and Tacitus that show exactly what happened to Jerusalem in 70 A.D., one generation (to the day) after Jesus prophecied its destruction 40 years earlier. He would have been able to simply read a book like Raptureless or Victorious Eschatology, or watch a few YouTube videos in a curated library like The Epoch Library.

The point being… If C.S. Lewis would have had access to the amount of information we have available to us today, I believe he would have made a more accurate conclusion as to his perspectives on ANY particular idea.

I believe this type of clarity will continue to break down the walls between religions even further because the more accurate information we have to rely on, the less arguing we need to do about whose superstitions are correct and whose are going to send you to hell. After all, Jesus is logic itself (the logos made flesh in John 1), and where two or more are gathered in the name of logic, there He is in their midst.

Reason #3: The Cry of Humanity is Joining the Cry of God’s Heart – Oneness

Regardless of how you slice it, EVERY religious tradition has the concept of ‘oneness’ at its heart. Obviously, not all religions have the same ideas about HOW this oneness is going to be achieved, but the ultimate end of peace and unity is the goal that they all seek.

I tend to believe that the oneness that God is creating in the heart of humanity looks nothing like the ideas that most religions are hoping for. Most religions believe the ultimate end of humanity’s division will occur when everyone agrees with them. Many (not all) religions also believe that there will come a day when, if you don’t agree with them, God is going to kill you. Thus, by hook or by crook, the oneness that most people are seeking in the world currently revolves around mental and ideological SAMEness. Either you agree with me by choice or you get killed by God who just happens to think what I think; regardless, the end result is ‘oneness’.

The problem with this foolish idea is that life has proven over and over again that we can hardly agree with ourselves in our own minds half the time, and thus if our ‘oneness’ is dependent upon MENTAL agreement, we’re screwed! Mental agreement and finding ‘the right answer’ isn’t the solution to our problems of division, it is the SOURCE of them.

Humanity is slowly waking up to the fact that our oneness has nothing to do with SAMEness. Instead, oneness is found in loving one another in the midst of our differences. The more we honor those who think differently , the less division we create in our efforts to ‘fix’ them.

Over time, I have found that the primary source of division and disagreement does not come from ‘the people’ but instead comes from the leaders of different ideologies who have everything to lose when their people find out that they may be wrong. Thus, instead of building communities around the heart of love, honor, and understanding, most religions have built communities around judgment, who’s in / who’s out, and being right.

I believe the majority of humans have always understood the value that understanding each other is more important than agreeing with each other. With the advent of the internet, ‘the people’ can now see and hear other ideas for themselves, yet, they don’t have anything ‘to lose’ by changing their minds about things. Yes, they may have to find another church community or may even be shunned from their families, but for the most part, the average person has very little reason to stay in their cloistered camp of ideas anymore. In their desire to be more in tune with the world and more genuine in their love for their friends, more and more people are seeking LOVE as their ‘oneness’, and the only ones screaming about it are the ones who still seek mental agreement as their version of ‘oneness’.

Division and separation of humans stupid. We all know it’s wrong, and trying to fix it the wrong way for thousands of years. The given humanity an opportunity to come together for community WITHOUT demanding that we all agree with those on the top of and religious pyramid. We can search for ourselves. We the heart of God as we find new ways to honor each other. We our religious walls fall. We can do all of this, and yet, most time we don’t even know that’s what is happening.

Welcome to the new way of living!

This article was originally posted on TheEpoch.org.