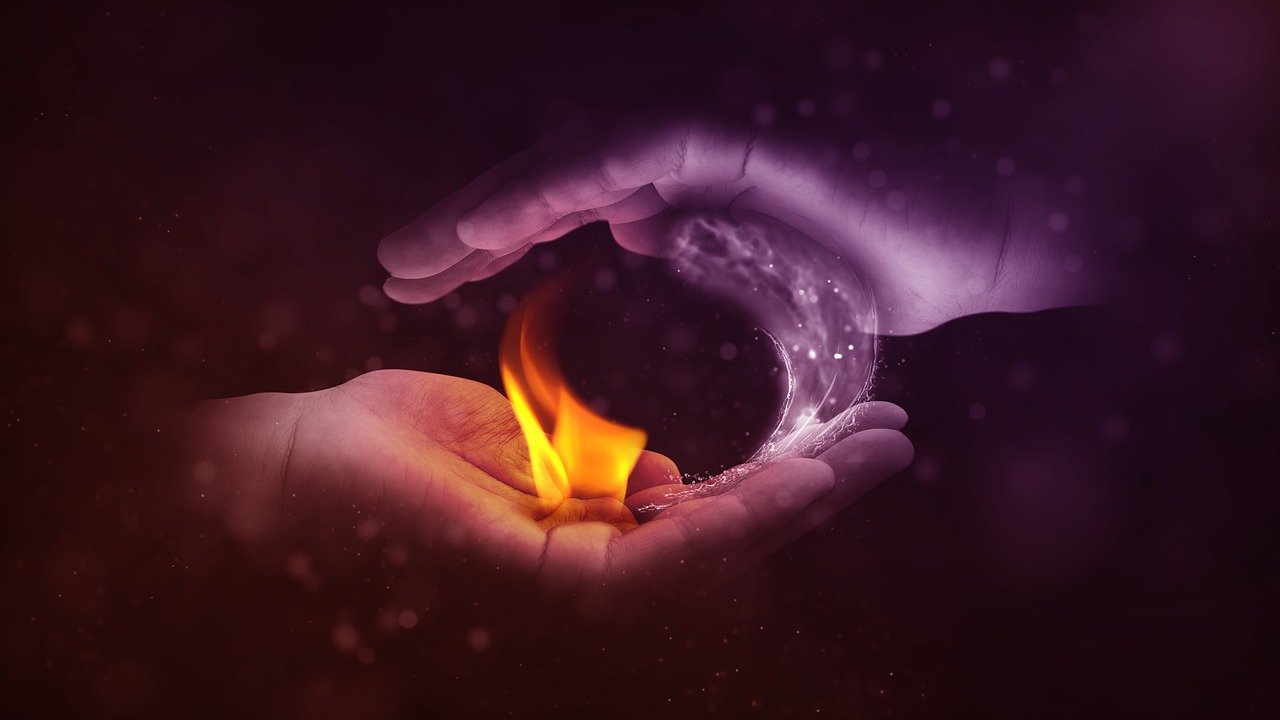 The Yin and Yang of Heaven

Some labels carry with them an obvious energy that makes the world squirm. No one I know enjoys being branded with one of these terms, or at least I haven’t had a conversation with anyone who does. The fear attached to these words is so palpable that many of the most intelligent people I know have been convinced that there is some part of them that actually is a racists, sexists, or bigot; but they just don’t “know” it yet. You know, that classic religious idea that you are sinning constantly, even though it’s on accident and you don’t even know how to fix it.

Is the social justice movement of our time the new religion of the masses? There seem to be many similarities, but I’ll let you draw your own conclusions. All I know is that my time in the Christian church world taught me a long time ago how to spot fanatical legalism from a mile away, and lately I can hardly tell the difference between the energy of a Conservative Evangelical from that of a Liberal Atheist. ‘What’ they say is very different, but ‘how’ they say it sure feels the same to me.

Yep… That’s me. I am a rich white Christian American straight male. The scourge of the earth. And obviously, since I’m all of those things, I must also be a racist, sexist, bigot. Everyone knows you can’t have one without the other.

Late last year, on the Periecho Facebook Page there was a quote meme posted of Morgan Freeman that I have always liked. Mr. Freeman was asked in an interview, “How do we stop racism?” His answer: “Stop talking about it. I’m going to stop calling you a white man, and I’m going to ask you to stop calling me a black man.”

I have heard many people react to this idea of “not talking about” and “moving on” from racism, sexism, and bigotry as simply “putting our heads in the sand” or “proof that you’re actually a closet racist” if you’re one of the people that agrees with this strategy. While I’m sure there are cases where this is true, I think Morgan Freeman is on to something here. I think he knows how humanity really works.

In the Christian tradition there is a principle that, in my experience, a majority of denominations don’t truly understand. For if they did understand it, they would realize they are only empowering their members to sin even more by giving them more and more rules to follow in order to stay “righteous”.

Rules and boundaries ultimately serve one purpose. They put up a fence around certain thoughts and behaviors only to establish a framework with which to highlight the “forbidden fruit” itself. Much like a single black sheep in a heard of white sheep (or vice versa). Which of the sheep do you think is going to catch your eye the most?

In my next article I’m going to take a stab what I believe to be the root cause of so many of the “ailments” that plague our global society these days, but for now I want to ask you to think deeply about something for a bit.

Try closing your eyes and picturing the human race 2000 years from now. Trillions of humans spread throughout the galaxy. Technology beyond our wildest dreams. Alien alliances. Light speed travel. Money-less society. All of the external advancements you can think of in every sector of the human experience.

Now… what about all of the “internal advancements” that modern social justice conversations are aiming for? Economic equality? One faith? No racism, sexism, or bigotry? Immortality? Immorality? Theft? Murder? Rape? War?

Some groups believe it’s never meant to be truly “perfect”, and thus, that’s why we go somewhere else after we die (i.e. heaven). Personally, I believe that heaven is actually meant to come to earth. I believe we were created to be the physical presence of God in a world of matter (we are His body), and thus, we’re not going anywhere. I believe it is possible to live in a world where no form of elitism exists. I believe a world free from war, theft, abuse, and self-harm is not just a possibility, but an inevitability.

The question is, how do we get from where we are today, to a world with none of that internal junk we’re trying to fight so hard to destroy? Does a world with no war, no biases, no lust, and no hatred come through having just the right laws to keep everyone in line? Does this world lose the pleasure of choice, freedom, and difference at the expense of safety, security, and oneness?
I’ve got it!

1.    We’ll need just the right legal system ready to judge us if we step out of line, even though no one will ever step out of line.
2.    All the right government officials ruling over us without a single infringement on our personal freedoms, while limiting other people’s personal freedom to infringe on my personal freedom.
3.    Just the right amount of police and military force to keep people in line, with just the right weapons invented so they’ll never need to be used… ever.
4.    Only laws that ensure the ultimate freedom to make mistakes, but keep us perfectly in line enough that mistakes are impossible.

Sounds pretty silly when we think about it doesn’t it? It’s a system that only works if fear is put in charge in the right places.

Better yet… is the current system of thought even designed to get us there in the first place? Or is it simply another version of religion that is being used to get everyone to agree with the thought leaders of each respective movement?

If I may, I would like to propose the idea that there are no external systems of “social-control” that will ever get us to where we are trying to go as a race. The only way humanity will ever find itself in perfect harmony with itself is to figure out how to take the journey from “social-control” to “self-control”. Yes, it is a journey. Yes, we need to have real discussion about how to practically get there. No, the current discussions are not properly framed for this journey. Yes, the emotions of the arguments are valid, but the current premises upon which the arguments are then entered into are often not (to be addressed in the next article).

When will we stop repeating the mistakes of the past? Laws don’t fix humanity. They never have, and they never will. (Just ask ancient Israel.)

For those reading this article that have put your hope in the system of “Jesus-control” that Christianity typically interprets in a physical sense… Might I suggest that not even Jesus intended to set up a system of “social-control”. The Jews of His day were just as confused about this as most Christians today. This is why the Law of God has been written on our hearts. This is why the Spirit of God has been given to humanity. This is why, when the disciples wanted Jesus to set up “just the right government”, He told them it was better for the world if He left. A universe full of Kings is way better that a universe with one King sitting on a fancy chair in the Middle East.

In the end, heaven on earth is about the Kingdom of Heaven being within you. Complete freedom. Complete self-control (and all the other fruits of the Spirit). Complete love for one another. Complete government. Complete anarchy. Complete individuality. Complete unity. The Yin and Yang of Heaven.